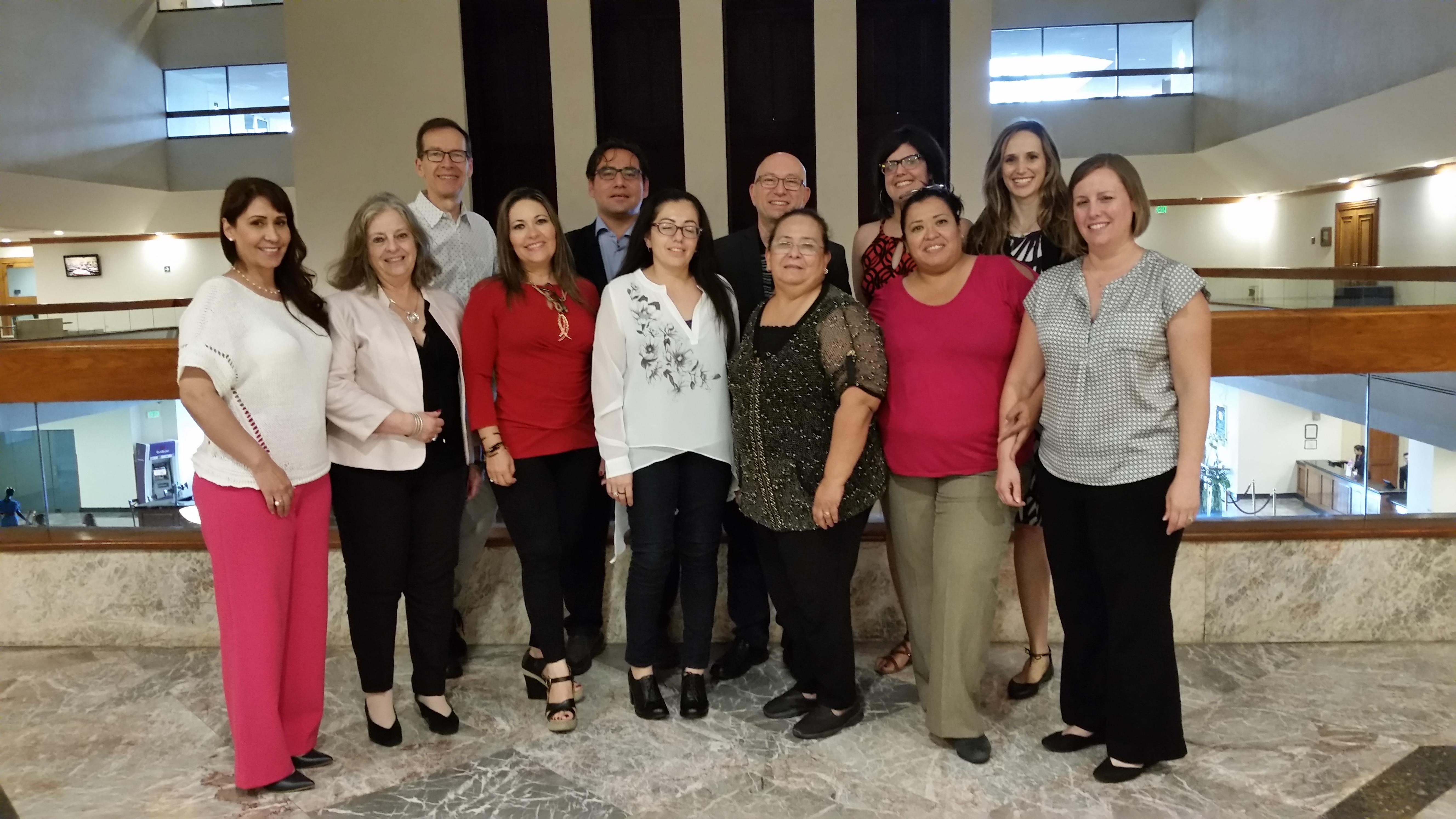 keepin' it REAL in Mexico: An Adaptation and Multisite RCT

Sharp increases in substance use rates among youth in Mexico are a major concern, both in Mexico and the US. Although the Mexican government has elevated substance abuse prevention as a national priority, there are few school-based universal prevention programs to choose from that are culturally grounded, empirically tested, and shown to be efficacious. This study aims to address this gap by adapting, implementing, and testing the keepin' it REAL (kiR) prevention intervention in Mexico's three largest cities: Mexico City, Guadalajara, and Monterrey. kiR is a model program for middle school students on the US National Registry of Effective Programs and Practices, shown to be efficacious and cost-effective in reducing substance use among large multi-ethnic and Mexican American samples in the US. The proposed study will leverage the bi-national research team's expertise in developing and adapting kiR and build upon a series of feasibility studies across Mexico which showed that kiR's core elements are applicable there. However, evidence also suggested that further adaptation is needed to enhance the intervention's cultural fit. During the proposed study's Phase 1, students and teacher-implementers in three schools-one from each of the cities-will provide feedback about the original curriculum and identify culturally and contextually relevant scenarios and examples. The bi-national research team-including original kiR curriculum designers will collaborate to ensure cultural applicability in Mexico and fidelity to core elements of kiR. In Phase 2, the efficacy of the culturally adapted Mexican version of kiR, relative to the original version of kiR and to a control condition, will be tested through an intent-to-treat analysis in a randomized controlled trial with 4,050 7th grade students in 27 middle schools, 9 from each city. The study will investigate and incorporate into the curriculum gender-specific experiences with drug offers and appropriate drug resistance strategies in the Mexican context that may impact the youths' risk of substance use and their responsiveness to prevention programs. In light of rising violence in Mexico, a secondary aim of the study is to investigate how youths' perpetration, victimization, and witnessing of violence may moderate the efficacy of kiR in Mexico. The study will create knowledge relevant to efficacious prevention approaches for Mexican-heritage youth on both sides of the US-Mexico border. Prevention science will be advanced by understanding how culturally influenced gender role norms affect substance use offers, attitudes, and behaviors, as well as the success of universal prevention programs. In addition, the study will add to knowledge on how to execute collaborative, cross-national, translational prevention intervention research. 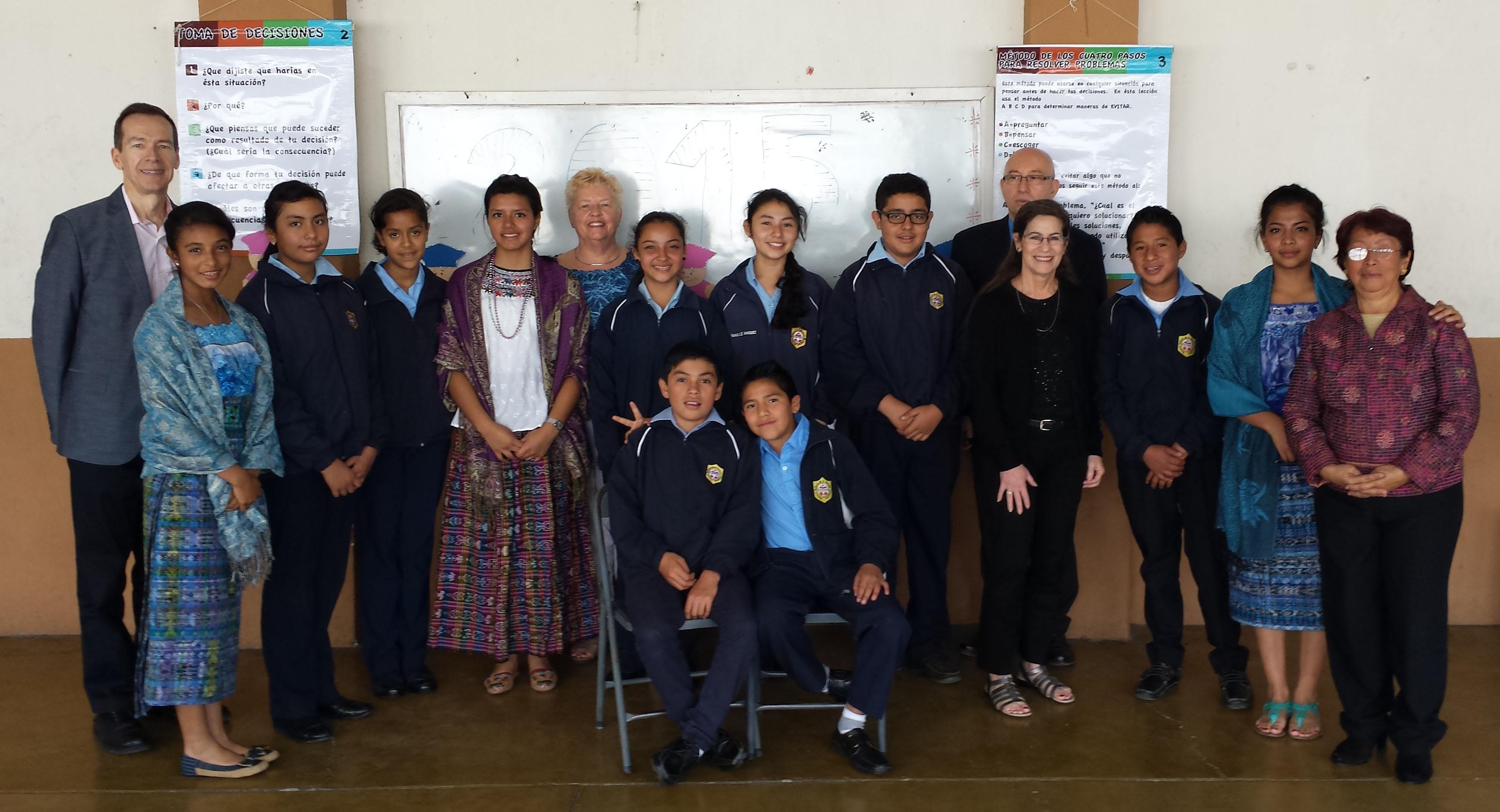 This project is a collaboration between SIRC and U Yum Cap, ONG, a Guatemala City non-profit aimed at implementing programs that promote social, cultural, and economic development for Guatemalans.  Mantente REAL, a Spanish language version of the NREPP Model Program keepin’ it REAL, was implemented with 228 middle school students attending parochial schools located in the most dangerous neighborhoods in Guatemala City. With no other substance use prevention programming in place, implementers wanted to test whether or not this US-developed prevention curriculum resonated with Guatemalan youth and, if not, what adaptations to the curriculum should be made in order to resonate with this population.

In collaboration with the Instituto Mexicano de Seguro Social in Jalisco (IMSS), Mexico, SIRC conducted a pilot study to test the feasibility of implementing keepin’ it REAL in Mexico and to determine if this middle school-based curriculum would need adaptation to the Mexican population. Working in two schools in Guadalajara randomized into two treatment conditions (control versus implementation), regular teachers implemented the Spanish-translated version of keepin’ it REAL (Mantente REAL) to 457 adolescents aged 12-15 years. 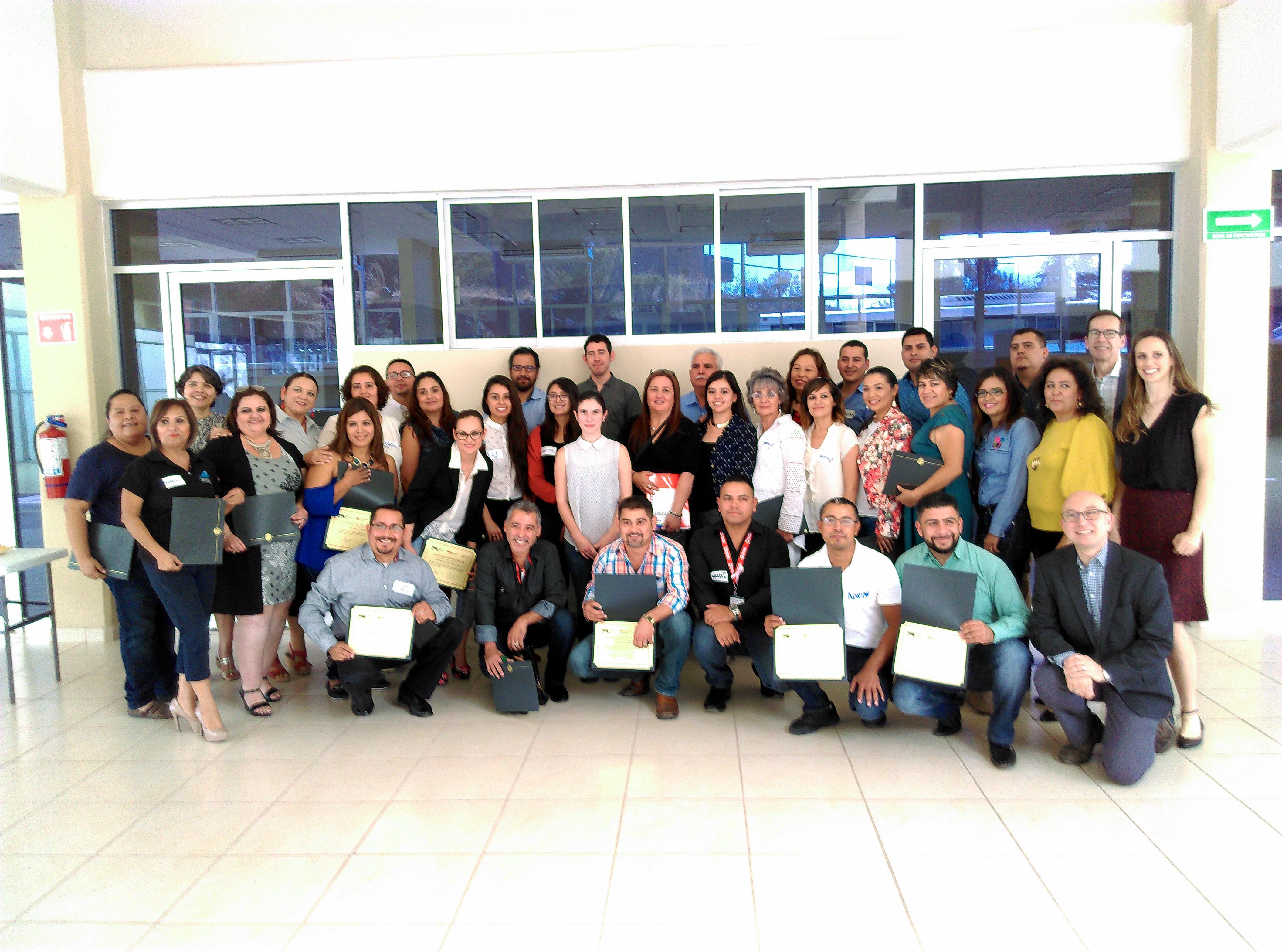 Sharp increases in substance use rates among youth in Mexico are a major concern in both Mexico and the US, and the US-Mexico border region has one of the highest drug use rates among youth. There are few school-based universal prevention programs exist that are culturally grounded, empirically tested, and shown to be efficacious. This study aims to address this gap by implementing and testing the keepin’ it REAL (kiR) prevention intervention in Nogales-Sonora, Mexico. kiR is a model program for middle school students on the National Registry of Effective Programs and Practices, shown to be efficacious and cost-effective in reducing substance use among large multi-ethnic and Mexican American samples in the US. This collaboration will advance prevention science by better understanding how culturally influenced gender norms affect substance use offers, attitudes, and behaviors, as well as the success of universal prevention programs along the US Mexico border. The study will also advance knowledge on the relationship between exposure to community violence and substance use in Mexico.

The study team seeks to advance knowledge about the experiences with violence, anti-immigrant sentiments, and coping strategies of youth along both sides of the US-Mexico border in Nogales, Arizona and Nogales, Sonora. The overall goal of this binational and
transdisciplinary research team is to assess how these experiences and coping strategies can be protective or put adolescents at risk for mental health problems. The project goals of this research study are to: 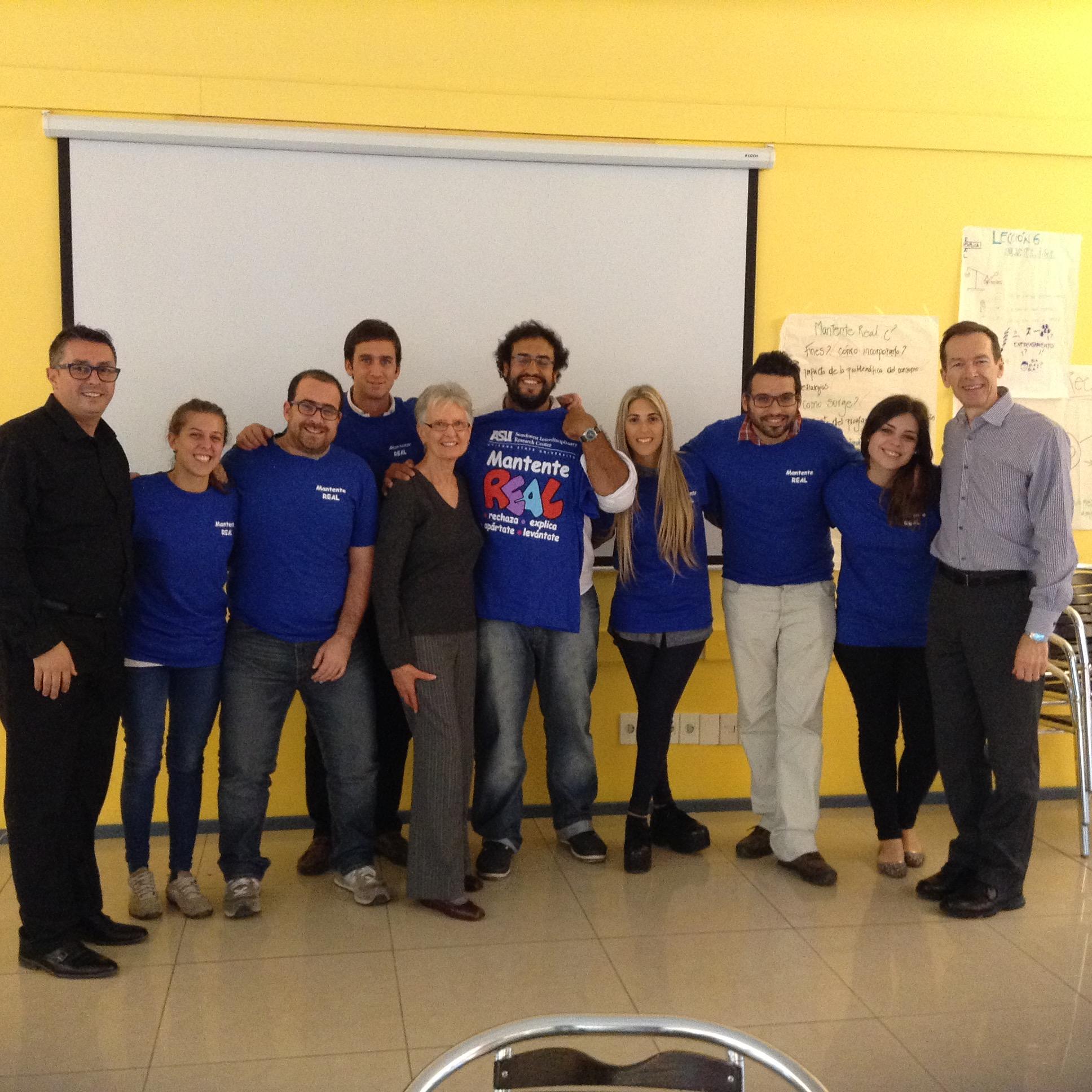 In collaboration with the Ecumenical foundation, Uruguayan educational authorities, and the American embassy in Montevideo, SIRC conducted a pilot study to test the feasibility of implementing keepin' it REAL in Montevideo-Uruguay and to determine if this middle school-based curriculum would need adaptation to the Uruguayan population. Five middle schools, public and private, in the poorest neighborhood in the capital city of Montevideo, were randomized into two treatment conditions (control versus implementation). Regular teachers were trained to implement the Spanish-translated version of keepin' it REAL (Mantente REAL). The sample includes 388 adolescents aged 12-15 years who completed pretest and post-test questionnaires. 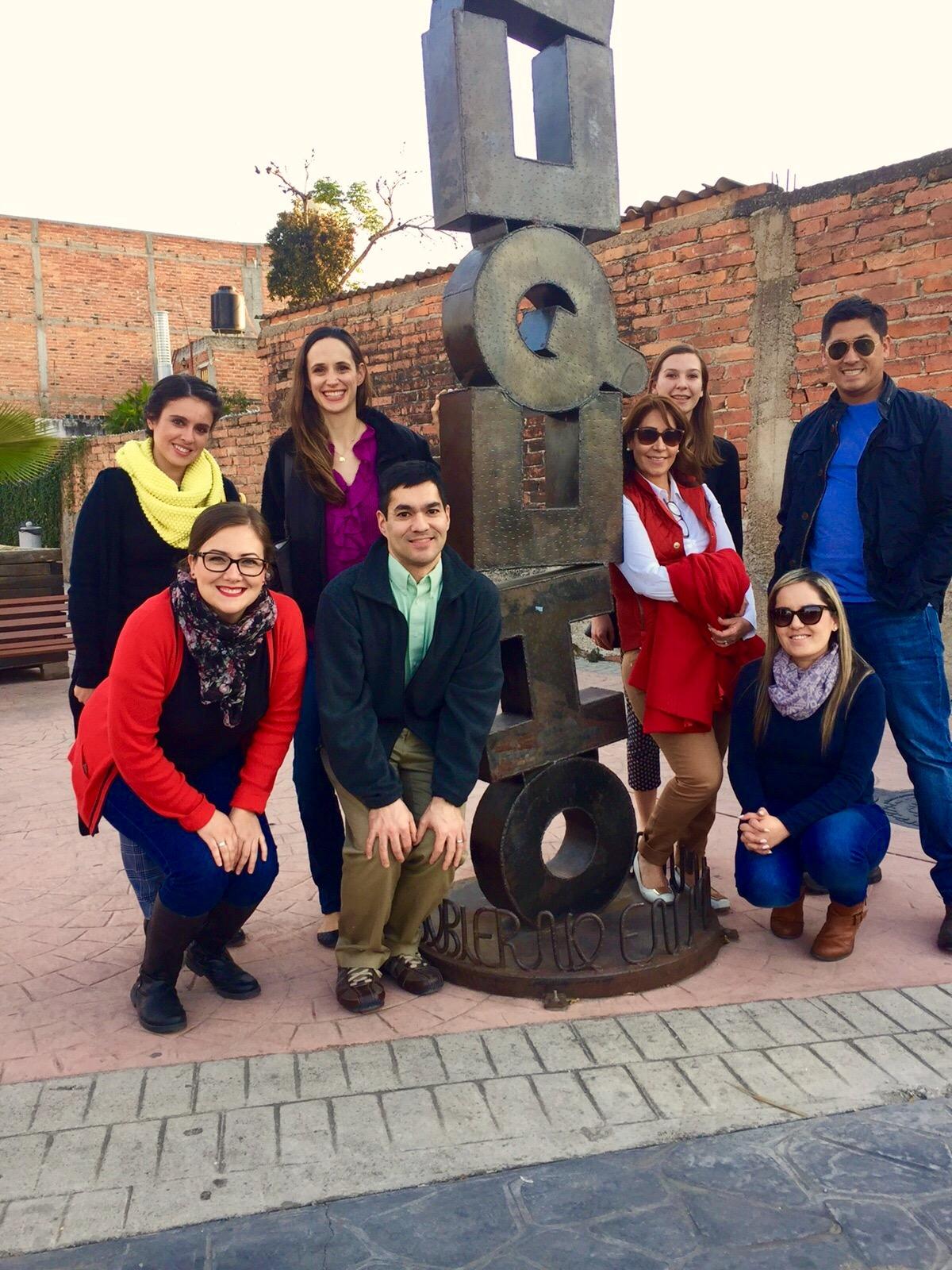 The FAMELO project is supported by a new grant from the Eunice Kennedy Shriver National Institute of Child Health and Human Development (P01HD080659). The program features three interrelated research projects that assess the role of migration on the social development and education of children and adolescents in three diverse settings: Mexico, Mozambique and Nepal. By focusing on different developmental outcomes and transitions, the projects combine to create a more holistic view of migration in shaping family environments and opportunities from childhood through the transition to adulthood. Personnel on the program projects come from several units at ASU, other universities in the United States and in each of the three settings.

SIRC and the Sistema Avanzado de Bachillerato y Educacion Superior del Gobierno del Estado de Guanajuato developed a collaborative research project titled “Guanajuato Youth and Family Health.” The study collected primary data from youth enrolled in the Videobachillerato program (VIBA) of the Mexican state of Guanajuato, an alternative secondary education system that is delivered by distance education to serve the large segment of the Mexican population not reached by traditional public schools, especially rural and poorer population sectors. The project objectives were: (1) to identify and characterize protective and risk factors associated with the physical and mental health of these students; (2) to evaluate whether these factors affect school retention; (3) to assess whether migration aspirations affect health and academic outcomes; and  (4) to profile the perceptions of students and families about health, education, work, migration and community. Study participants were 702 youth 15-24 years old from eight VIBA centers sampled at random.

This international collaboration between researchers from SIRC and the University of Santiago de Compostela was designed to modify keepin’ it REAL for use with a new population, middle school students in the northern region of Galicia, Spain.  The study examined adaptation concerns among culturally diverse subgroups in Spain, such as immigrant and native-born youth and youth with different cultural orientations, as a prelude to the development of joint culturally appropriate prevention interventions for youth.  Surveys were administered in Spring 2005 to 817 students in 7th to 10th grades in 10 urban, secondary schools with high immigrant enrollments in Galicia. The sample included Spanish natives (two-thirds) and Latin American immigrants (one-third), mainly from Colombia, Argentina, and Venezuela.

Funded by the Mexican Secretariat of Public Education, CITIR was selected to join a bi-national research network in collaboration with the Universidad Autónoma de Nuevo León (UANL) and the Universidad Autónoma de Tamaulipas (UAT) in Nuevo León, Mexico. The two-year partnership will examine migrants’ experiences of human rights violations, perceptions of insecurity, discrimination, and emotional and psychosocial well-being. Migrants in transit from Central and South America to the metropolitan area of Monterrey, Nuevo Léon, Mexico as well as Latino migrants in Phoenix, AZ will participate in interviews and focus groups to obtain individual narratives and a metanarrative on human rights and the well-being of migrant families. These data will contribute to an analysis of social and cultural protective factors that should be taken into account in terms of migrants’ human rights and well-being, and will place them in the context of the local culture, legal and social systems. CITIR, UANL and UAT will conduct a pilot study in Nuevo León, Mexico of the parenting intervention developed at SIRC with Latino families in Phoenix, AZ called, Families Preparing the New Generation.The pilot study will incorporate the protective factors and needs for family functioning identified by the participants in the study, and will provide guidelines for future policy and evidence-based programs that support migrant families, and allow us to better understand how migrant parents and their children may thrive in both Nuevo León and in Arizona.

The study had two objectives: 1) to evaluate the effectiveness of keepin' it REAL among a Mexican youth sample, and 2) to assess differences between the U.S. and Mexico in the social contexts within which youth drug use occurs. It was designed to permit comparisons between Mexican youth in Mexico, who may be characterized as unacculturated; post-migration Mexican youth in Arizona, also unacculturated or less acculturated; and Mexican American youth born in the United States, who are more acculturated. Research questions included: Will the two groups of Mexican native youth, since they share the same culture, reflect the same drug attitudes and behaviors? If not, might the immigration experience explain the difference and if so, how? Is there an immigrant Mexican culture that is distinct from Mexican culture in Mexico, one that varies in its protectiveness against substance use? How do Mexican American youth, born in the U.S., compare to these two groups? The study employed a quasi-experimental design. Two schools in Monterrey, Mexico participated. Students from one school constituted the treatment group that received a Spanish language translated version of keepin’ it REAL (N=185). They received the prevention program at their school through their teachers who were trained by SIRC researchers.  Students from the second school (N=142), who did not receive the prevention program, constituted the control group. The pre-test occurred in April 2003, implementation occurred in May 2003, and the post-test occurred in June 2003.