In partnership with the University of Nevada Las Vegas and Bali Psychiatric Center, Taipei, Taiwan, this project aims at gathering information about the recovery process and associate experiences of Chinese heroin addicts in recovery in Taiwan and in mainland China.  Variables of interest include the drastic social-economic transition in the second half of the 20th century, an overly cherished value on academic performance, the shame orientation, the family orientation, which is also partly expressed in a distorted “blood is thicker than water” concept, the HIV/AIDS crisis, methadone treatment policy, the criminal justice system, and the scarcity of recovery resources. The findings of the study will have much needed practice and policy implications. 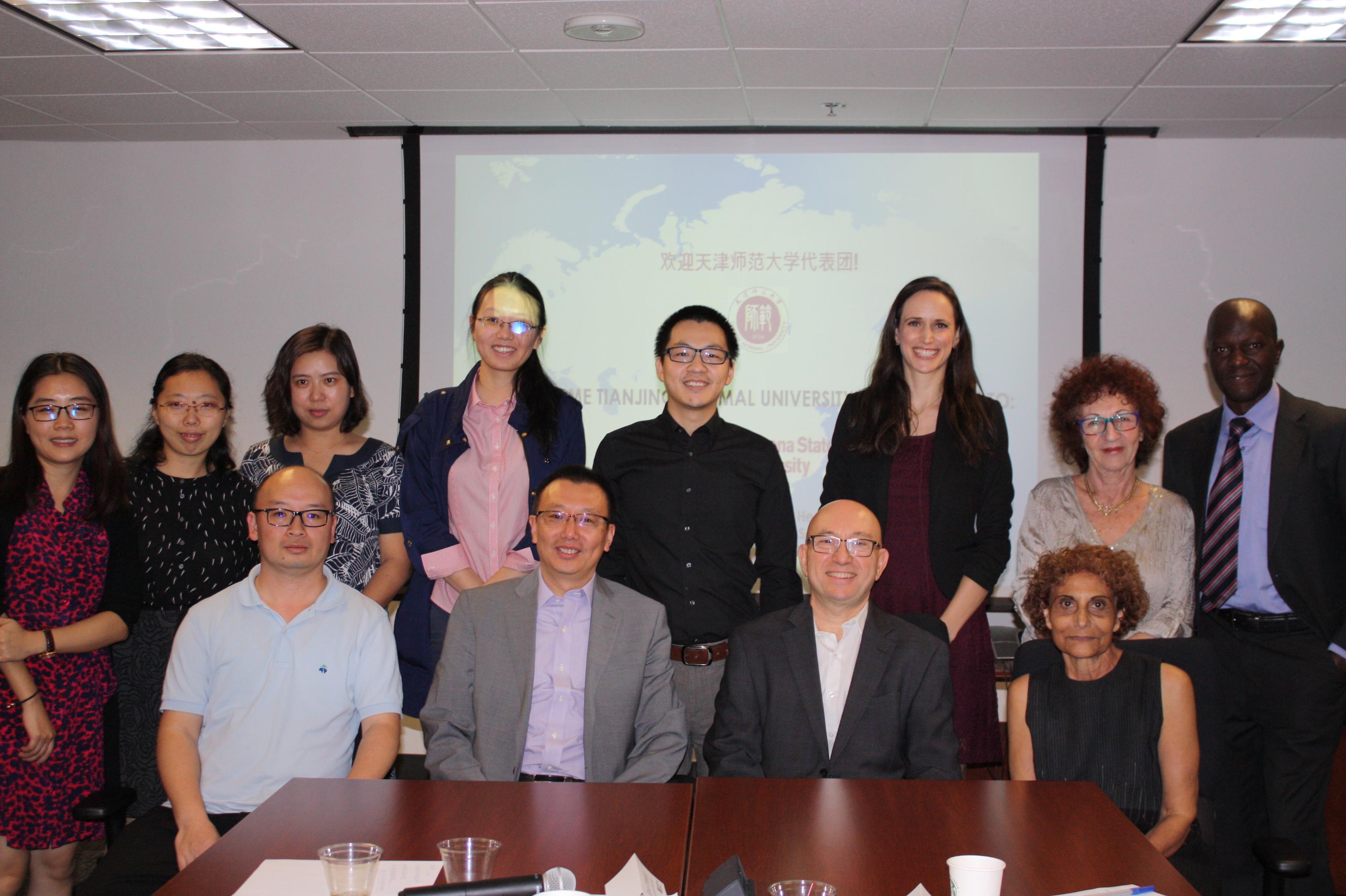 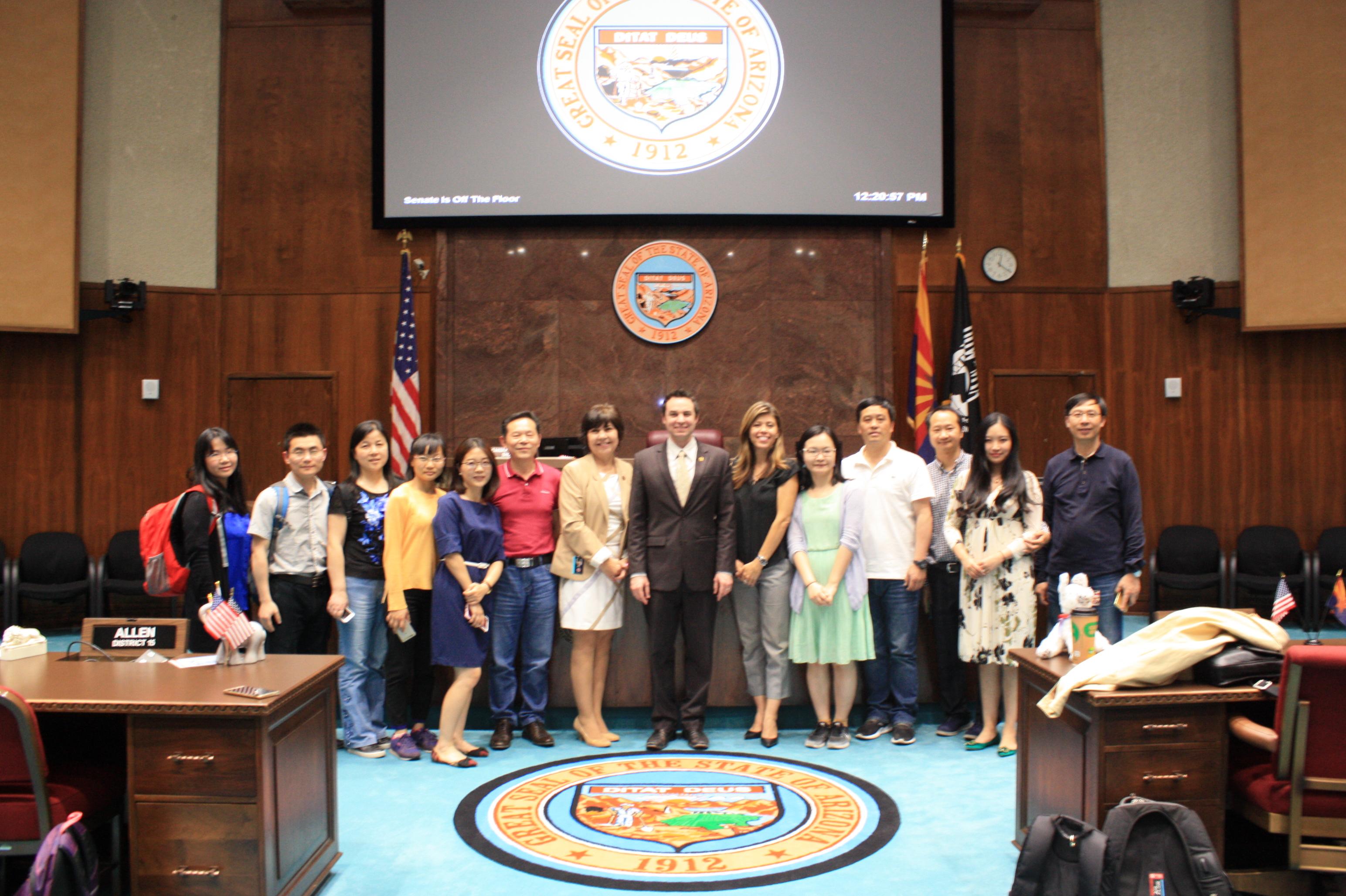 As part of the China Collaborative Initiative launched by the Council of Social Work Education (CSWE) in the U.S. in collaboration with the China Association of Social Work Education (CASWE) the CSWE selected seven American universities (e.g., ASU, University of Chicago, Case Western Reserve University) and matched them with seven regions in China with the purpose to help strengthen social work master programs in these regions. ASU School of Social Work was assigned to partner with ten master social work programs in four central provinces in China that has a population over 268 million. Huazhong University of Science and Technology (HUST), a university that has a long-standing relationship with ASU, is the hub university that coordinates the exchange between the SSW at ASU and other schools. Dr. Flavio Marsiglia and Dr. Fei Sun attended the kick-off meeting in the winter of 2012. From August 2014 to August 2015, the SIRC sponsored a visiting scholar Dr. Guohe Jiang as part of this collaboration. This summer, Dr. Marsiglia will be visiting Wuhan and Nanchang to provide a 7-day training on family therapy to social work faculties in this region. In addition, Dr. Marsiglia and Dr. Sun are involved in helping establish a research and service center focusing on health and aging within the School of Social Work at the HUST. 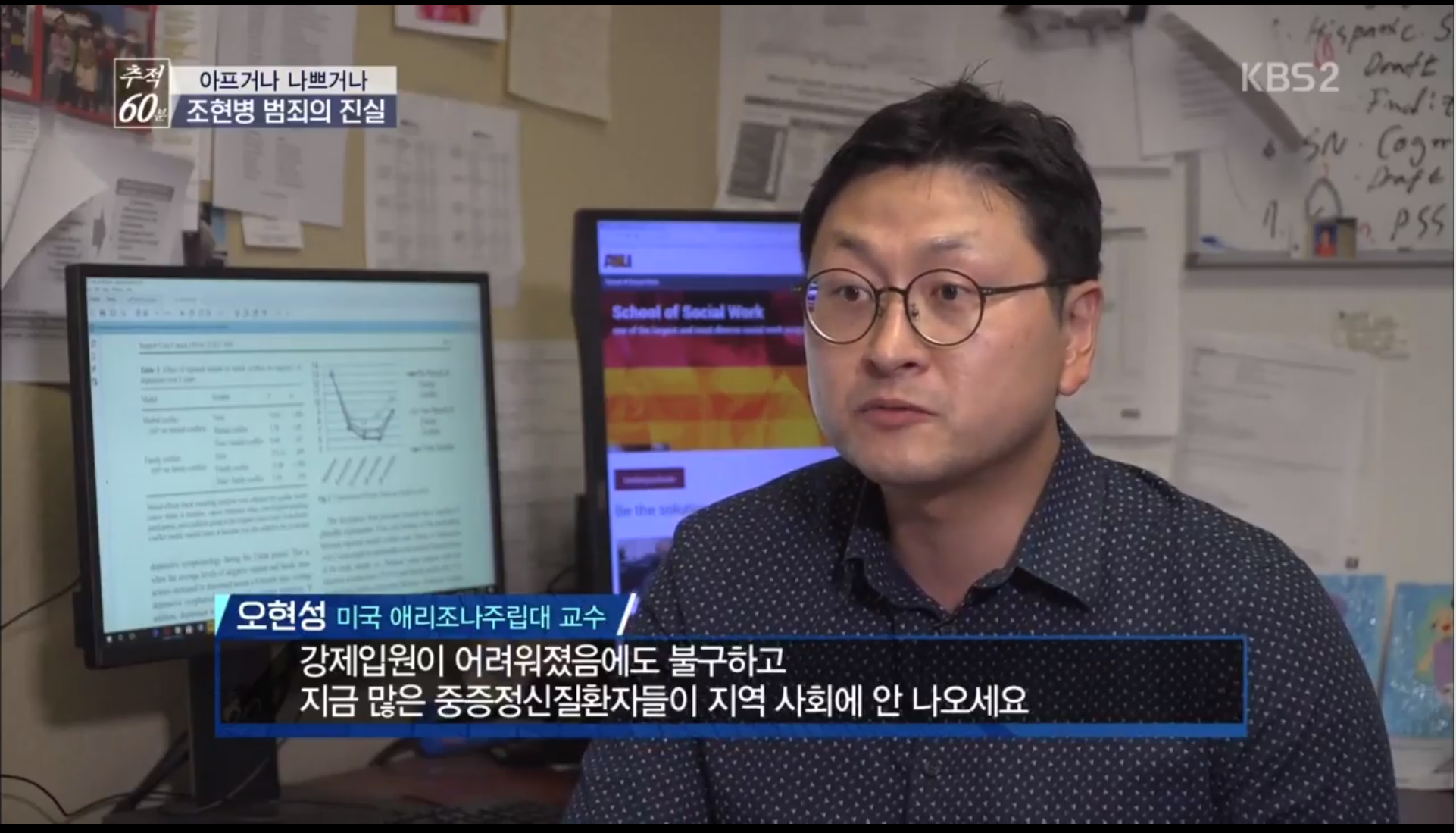 As a part of government’s effort to push deinstitutionalization, National Human Rights Commission of Korea supports a mixed study which aims to provide resources for people with SMI when reintegrating into the community. Dr. Oh and Mr. Kwon have formed a research team and are currently conducting this mixed study which involve qualitative and quantitative data collection from people with SMI, their family members, and a variety of mental health service professions. This research will propose policy ideas which will influence government and provider associations (e.g., Association of psychiatrists) when developing policy ideas intending to facilitate deinstitutionalization.

In Depth 60 Minutes: The Truth of Schizophrenia and Crime in the Korean Broadcasting System (KBS), aired August 29, 2018